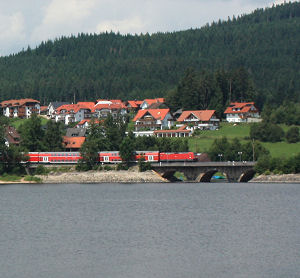 The Schwarzwald Tourismus GmbH (official Black Forest Tourist Office) has prepared a special service for your stay in the Black Forest: In addition to the discounted prices offered everywhere throughout Black Forest, you can also use the KONUS Guest Card to travel on busses and trains for free throughout the KONUS region (2nd class, does not include IC, EC, ICE trains or mountain railway). The KONUS region almost covers the entire Black Forest, detailled information will be provided by your host.

You will receive the KONUS-Card from your host in the Black Forest on your arrival. KONUS is valid starting on the day of arrival upon arriving at your accommodation provider (check-in) until the day of departure.

Definitely the most comfortable way to discover the Black Forest during your stay!

Photo: Train near the shores of Lake Schluchsee 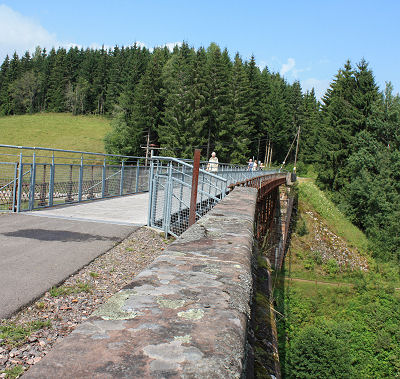