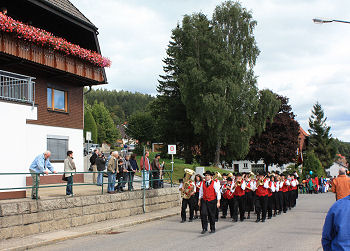 The traditional festival in Schonach in the Central Black Forest began today (5th September 2009) with a grand festival procession. The procession set off for the festival marquee at 3 pm sharp, where the festival was officially opened at 3.30 pm with the tapping of the keg.

There will be plenty of music and high spirits in the large festival marquee from today until Monday evening with something to suit all tastes. Party music on Saturday evening, traditional oompah music and folk music on Sunday and Monday as well as entertainment in local dialect.

There is a large fun fair next to the marquee with a chairoplane, dodgems, a merry-go-round and all kinds of sweet temptations. 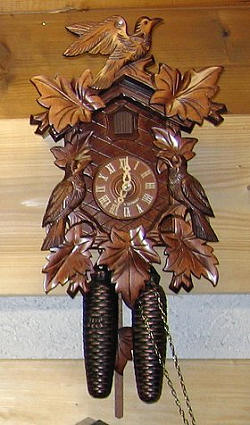