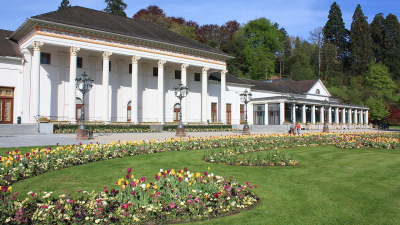 The spa town of Baden-Baden has been awarded the title “World Heritage” by Unesco. Baden-Baden and 10 other German and European health resorts were named “Great Spa Towns of Europe”. The responsible committee of the UN organization for education, science, culture and communication made the decisions on Saturday, July 24th 2021.

The award was given to health resorts that achieved international importance from the 18th to the early 20th centuries. Natural thermal waters are the basis of a tradition of European bathing culture that spans epochs.

The President of the German Unesco Commission, Maria Böhmer, said: "With their spa tradition and their urban development peculiarities, the award-winning spa towns express the phenomenon of the European spa town in a unique way".

In Baden-Baden, the decision was watched live on screens by a large number of people, and the announcement sparked jubilation and great joy. With this award, the city naturally hopes for further impulses for tourism - but Baden-Baden has always been a nice destination for vacation or a day trip.